Right on schedule we saw the debut of the Black Shark 4S and Black Shark 4S Pro. The gaming smartphones brig mostly visual changes with redesigned back and the 4S is even getting a special Gundam Edition. The 4S Pro gets a performance boostas it is now powered by a Snapdragon 888+. 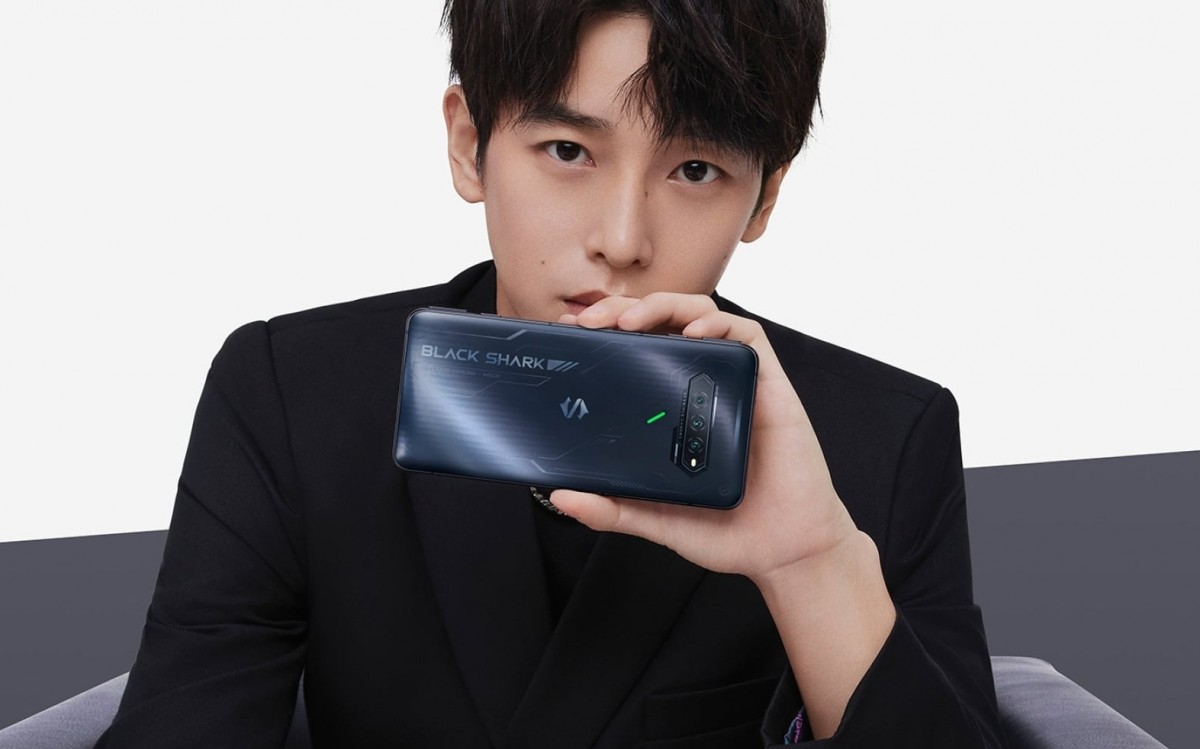 Both phones have a 6.67" E4 AMOLED screen with Full HD+ resolution. The panel still has 144Hz refresh rate and 720Hz touch sampling rate, helping bring the response delay down to just 8.3ms, bossing your gaming performance.

Both the 4S and the 4S Pro have UFS 3.1 and SSD storage chips in RAID setup, enabling faster reading and writing speeds than the rest of the phones in the market. 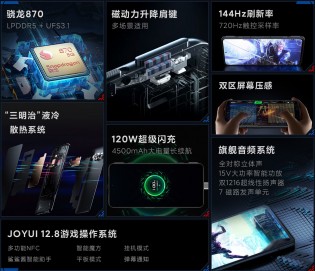 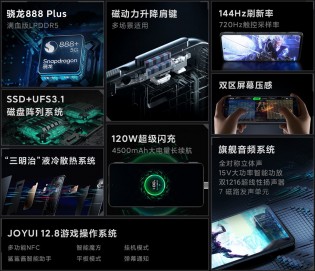 The Black Shark 4S and 4S Pro retain the 4,500mAh power cell and 120W fast charging of their predecessors and the adapter still comes in the retail box.

The two phones share 8MP ultrawide cameras and 2MP depth sensors on the back as well as the 20MP selfie snappers. The 4S Pro has a 64MP main camera, while the 4S scales down to a 48MP sensor.

Fans of the Gundam franchise will love the customized 4S version, which comes with a cool design of the back panel, red and blue-colored shoulder keys, protective case and colorful retail box. There is also a unique theme that will appear only on this version of the phone.

The 4S Pro, on the other hand, while sharing the overall design, comes with a neon green LED light which can work as a notification light but can also illuminate during games as a do-not-disturb light.

They are powered by JoyUI 12.9, which is essentially the MIUI 12.5 (based on Android 11), with some extra gaming-related switches and changed aesthetics.

Notch... Too bad Gundam edition should go flip camera to keep pace with gundamium concept Would sell like a laser cannon... Not just changing color or skin

the white one looks clearly influenced by ROG 5 ultimate design , not a bad thing

Too bad the battery size for the gundam edition is 4500mAh... If it is 5500above...i'm definitely buying... Hate bringing charging blocks n cable around although it charge super fastly...