The X60 Pro was released back in April, and yet, its successor, which we have today for review, isn't just a half-baked refresh, as the short release cycle would suggest. Quite the opposite, actually. The X70 Pro is now offering a similar feature set as the X60 Pro+, and it occupies a different price bracket altogether. 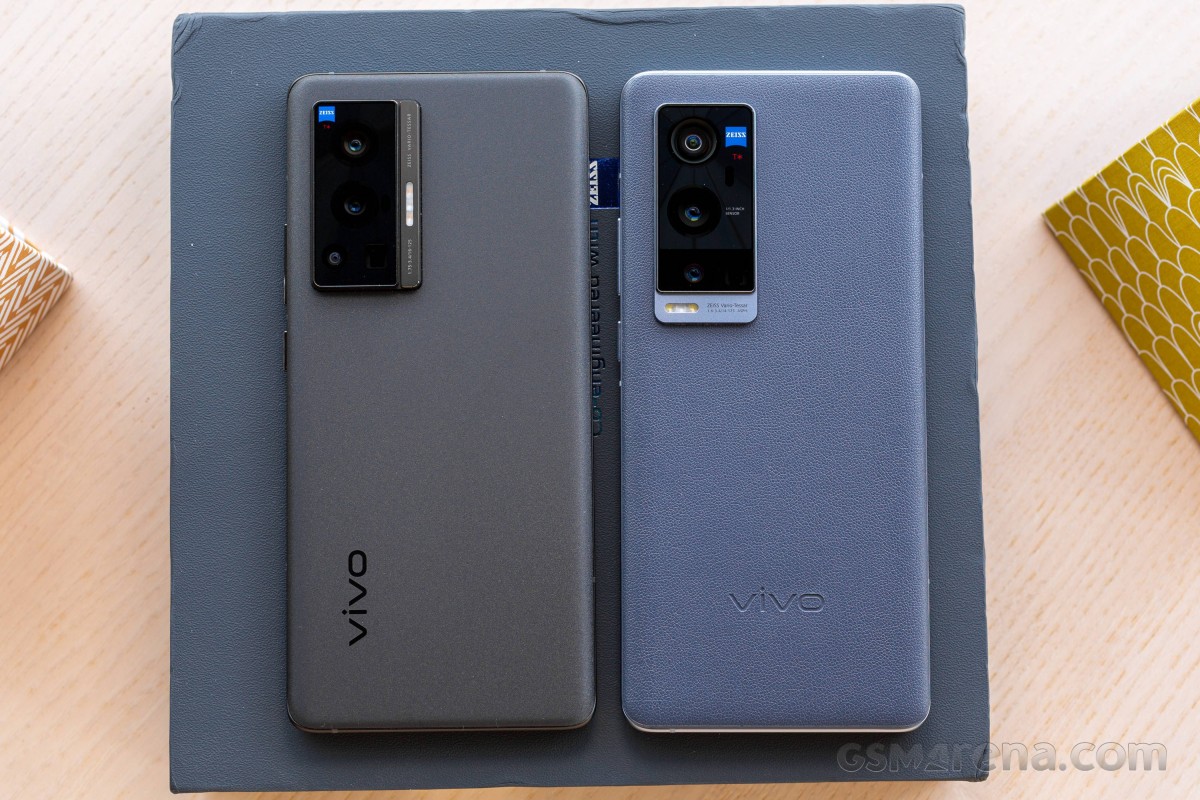 The price hike compared to the X60 Pro seems fair. The new model sports a brighter and more energy-efficient AMOLED screen while retaining the 120Hz refresh rate. A 50MP f/1.8 camera is at the helm of the camera department, along with the familiar 8MP 5x zoom and 12MP 2x zoom telephoto cameras borrowed from the X60 Pro+. The 2x telephoto unit is particularly exciting as it offers a wide f/2.0 aperture.

Sadly, the 48MP ultrawide camera has been swapped for a slightly wider, 12MP unit. The good news is that the special Zeiss optics and Zeiss T* lens coating are still around, along with the famous gimbal stabilization on the main camera.

Another important change worth mentioning is the chipset. The X60 Pro runs on the potent Snapdragon 870, while the X70 Pro settles for a Dimensity 1200 worldwide and Exynos 1080 in China. Don't get us wrong, the Dimensity 1200 and Exynos 1080 are both very capable chipsets; the former even being the current top-of-the-line MediaTek silicon. 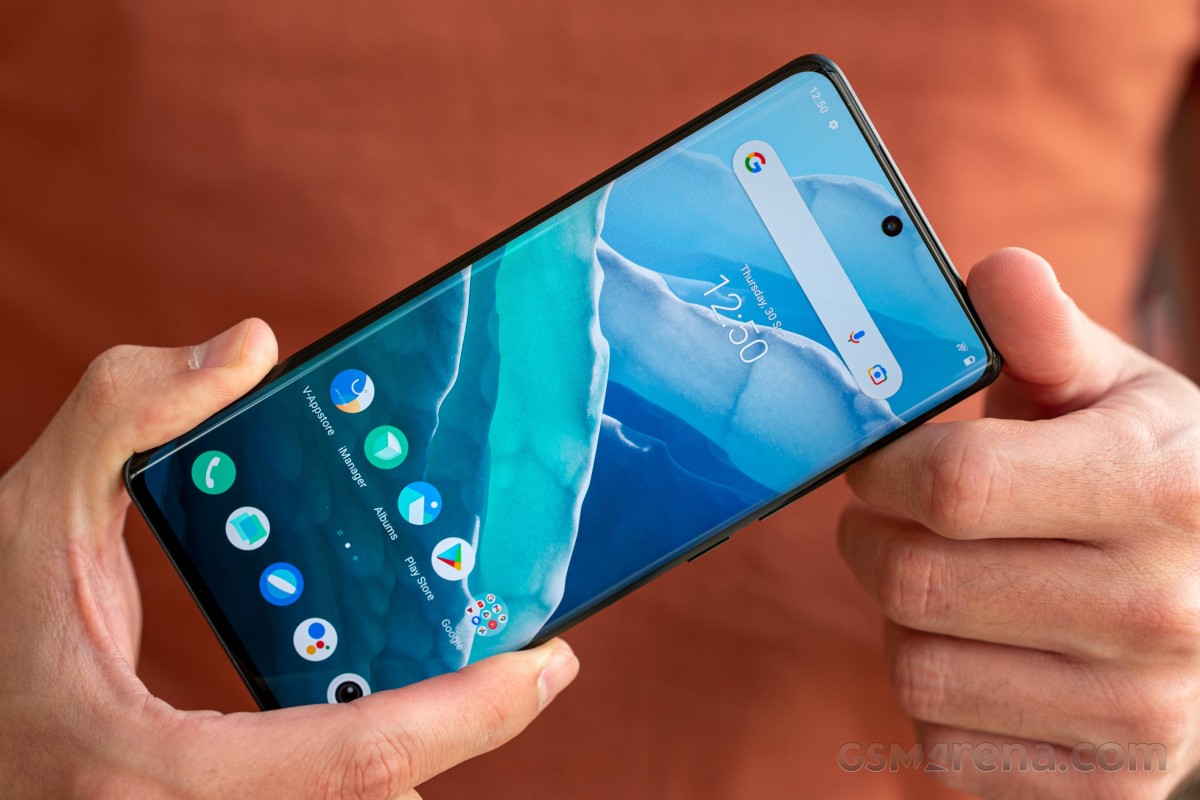 In addition to the new chipset, the X70 Pro gets quite a few memory options this time around - from 8GB/128GB all the way up to 12GB/512GB. The X60 Pro launched with a 12GB/256GB configuration making the entry barrier a bit higher than usual so bringing a wider memory variety is a good move.

A small bump in the battery capacity, now 4,450 mAh, is more than welcome change too and paired with an upgraded, snappier 44W charging, the device tops-up pretty fast. It can also top-up other devices since it supports reverse wired charging. 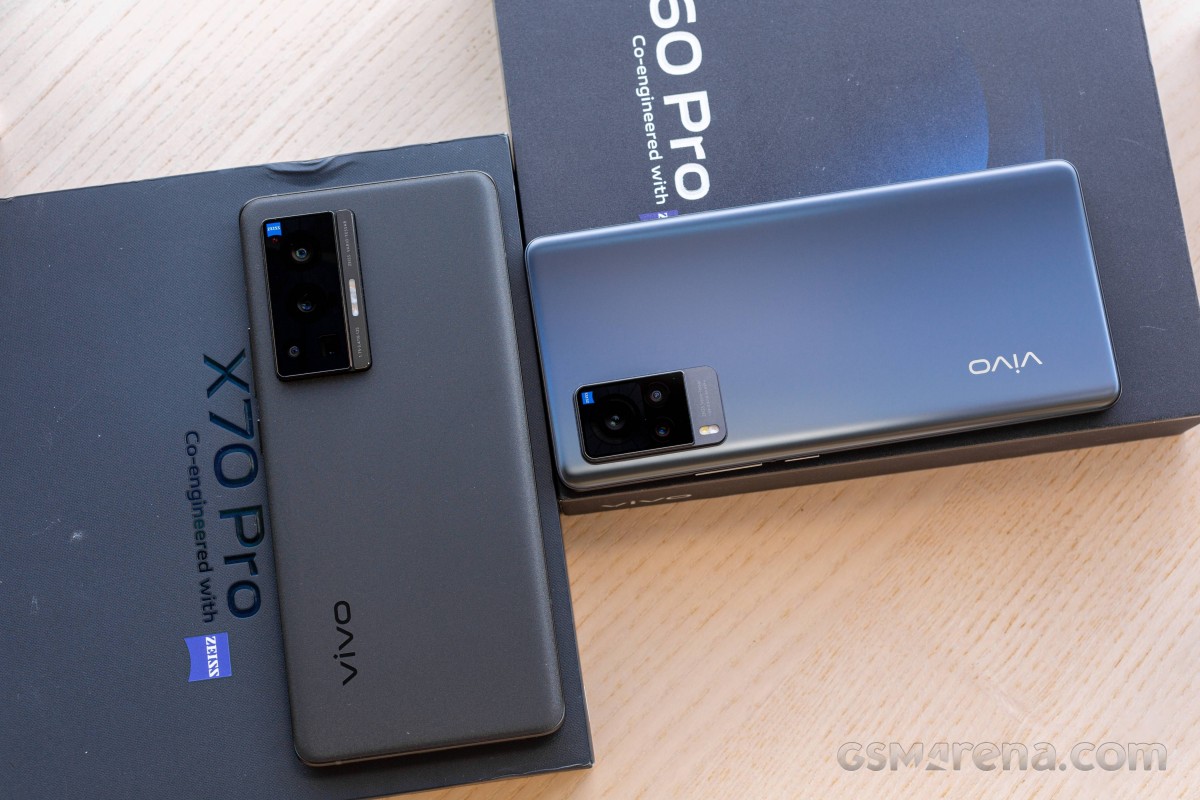 The X70 Pro is a particularly impressive device as it's built around a 6.56-inch display, it doesn't weigh that much, it's rather thin and carries some serious hardware under the hood. The unique bit is that the phone offers the most versatile camera setup with gimbal OIS, +two telephoto cameras and an ultrawide with AF in such a small package. There aren't many mid-size devices that can give you this much freedom when it comes to shooting.

Now, let's dig deeper and see if the X70 Pro can utilize those cameras and how the new chipset, upgraded display and bigger battery have affected the overall endurance.

The vivo X70 Pro comes in an elegant, flat box with a thin profile, but it carries many goodies. Aside from the compatible 44W charger and the USB-A to USB-C cable, the package also contains a transparent silicone case. 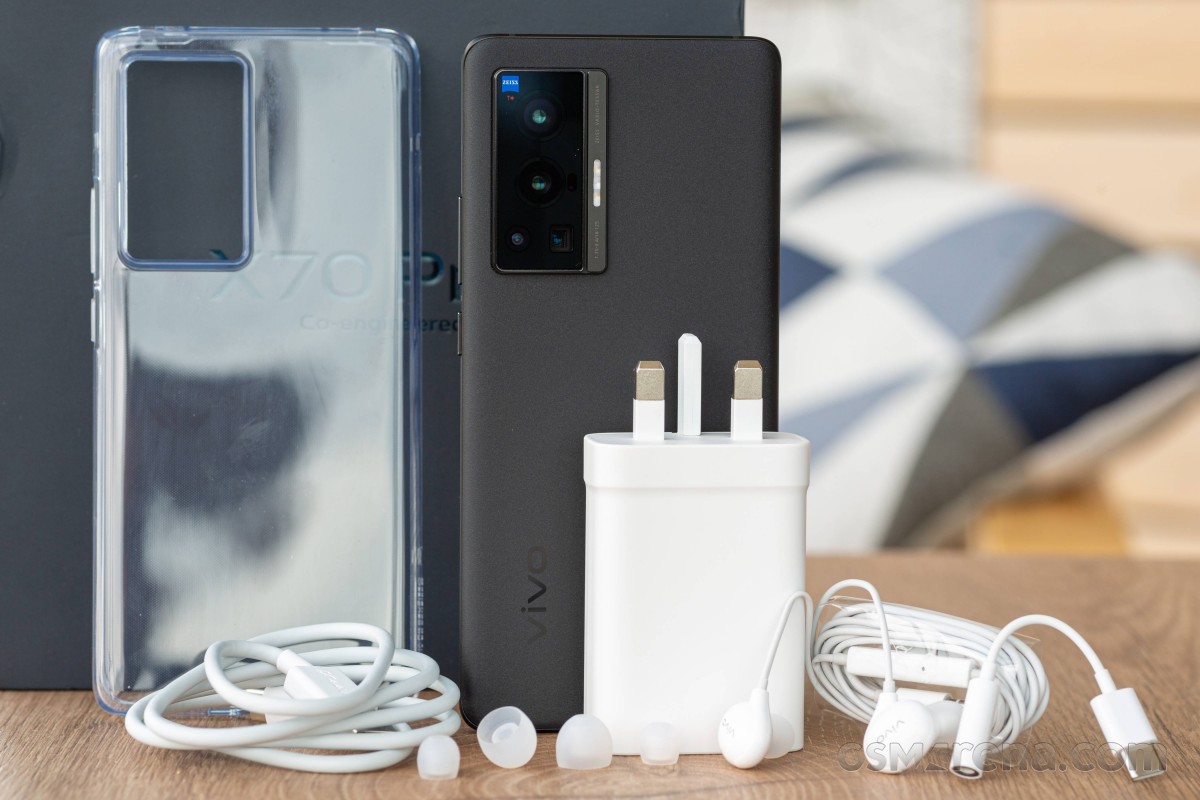 And since there's no 3.5mm audio jack around, there's a USB-C dongle and a pair of 3.5mm earphones with spare headphone tips of various sizes. Quite the generous package.

Feels like pixels shift is not impressive, maybe it needs more work, older vivo is more detail resolving. Also besides main camera, the rest of sensors feels lacking in either size, range or resolution.

I mean. If u are such a nitpick wr then you better of buying a camera.