Oppo introduced the A33 back in November 2015, and now the company is preparing to give it a refresh, as the new A33, sporting model code CPH2137, has been certified by Thailand's NBTC. It has also bagged certifications from Indonesia's TKDN and India's BIS. 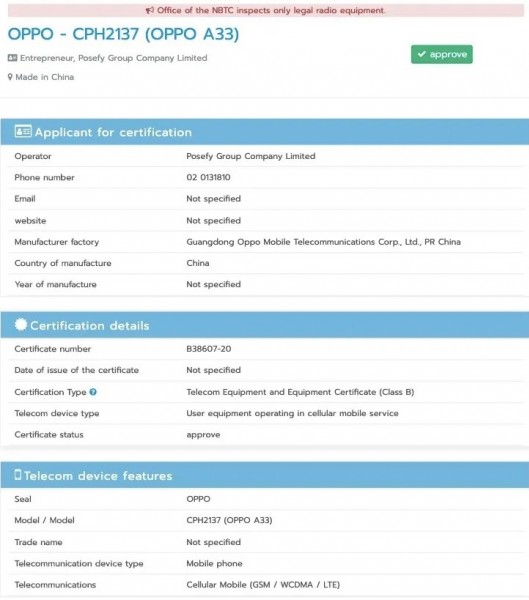 The new Oppo A33 is a mystery right now since we don't know its specs yet, but one thing's certain - 5 years later, it'll be much better than the devices whose name it reuses.

The OG A33 was powered by the Snapdragon 410 SoC and packed a 5" LCD of 960x540 pixel resolution. Back in those days, it was okay that it had just two cameras - an 8MP primary on the back and a 5MP selfie shooter on the front. Under the hood was a 2,400 mAh battery that charged through a microUSB port.

The SD410 powered device is the original A33, released back in 2015. Read the article again!