After just recently unveiling the budget Moto E40, Motorola is apparently also preparing to flesh out its G-series, with a Motorola G Pure already featured in recent leaks and now also joined by a Moto G71, as well as a G51.

Apparently, the Moto G71 will also have NFC and potentially a 3.5mm jack, as well, since the FCC filing does mention Motorola MH191 earphones, presumably bundled with the phone.

As for the Moto G51 5G - it popped-up on GeekBench recently, without revealing too much about itself. It will probably be powered by a Snapdragon 750G chipset, alongside 4GB of RAM and reportedly run on Android 11. 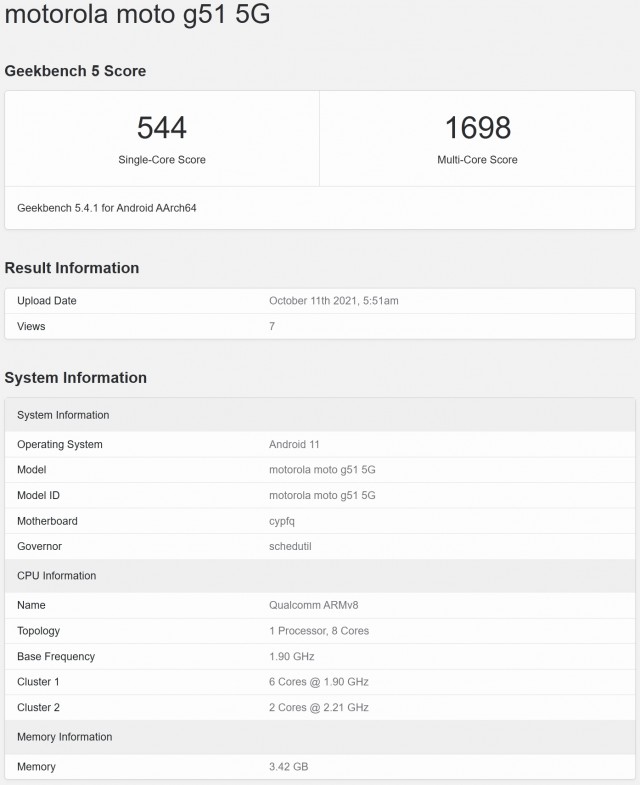 We haven't heard anything about a potential launch date yet, but it shouldn't be too long now. Perhaps we'll see the G71 5G and G51 5G by the end of the month.

Man all Motorolaas have good software had many in my life and were more than satisfied.