The Xiaomi 12S that leaked last month will be officially unveiled next week - on July 4. This revelation comes from Xiaomi, which also said that the 12S will be joined by the 12S Pro and 12S Ultra at the event. Xiaomi also confirmed its partnership with Leica for the cameras on the 12S series

We are towards the end of the month and Google has released a third build for its Android 13 Beta 3. This month’s beta build has seen enough issues for Google to have to release not one, two, but three builds to address critical fixes to beta testers. Android 13 beta 3.3 is purely intended

Samsung’s One UI skin is getting its 5.0 version with the release of Android 13 later this year. A report from SamMobile reveals from a source that Samsung is going to launch its Android 13/One UI 5.0 beta in the third week of July. The beta program will let eligible devices, starting with the Samsung

Last week a report came out shedding some supposed light on Samsung's choice of front-facing camera for next year's Galaxy S23 and S23+ smartphones. And while in that case the news was good, with the rumor saying the devices in question could ship with upgraded selfie cameras, the same apparently can't be said for

The mid-range smartphone space in the US is a joke compared to the rest of the world, given that brands which are traditionally powerful in this area are simply missing - think Xiaomi/Redmi/Poco, Realme, and so on. Thus, the landscape is pretty barren - and in this barren landscape OnePlus is making a nice

Because who wouldn't want a coffee mug-inspired earbud case? 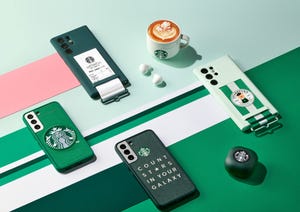 Prices of desktop GPUs have started to normalize, but it seems that Nvidia still feels there is a need for something cheap and easy to produce - component maker Colorful has let it slip that there is an Nvidia GTX 1630 on the way. This will be a cut down on the previous base model,

Wipe away smudges and bacteria with these phone-cleaning tips. 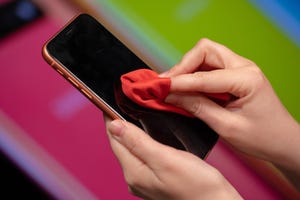